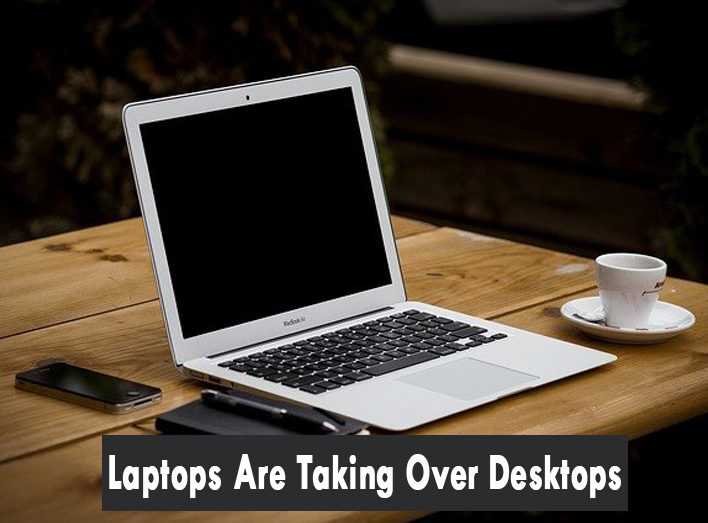 Laptops Are Taking Over Desktops taking over PCs to answer professional, educational, personal demands According to the Gartner Group, worldwide some 257.1 million PCs were shipped in 2007, and 60 percent of them were desktops. PC growth for 2007 was around 7% while laptops grew by 18.6% and will continue to maintain a double-digit growth at least until 2010. Desktop sales are still strong in EMEA and Latin America with about 60% of all shipments.

In the US alone, laptop shipments grew in 2007 by 21 percent while Desktops sales went down four percent last year. By 2011, IDC expects laptops to represent 66 percent of corporate purchases, with 71 percent of consumers opting for a notebook instead of a desktop.

In all markets, the growth came from laptop sales to the detriment of desktop sales. The PC market is changing from “one PC per household to one PC per person,” said Bob O’Donnell, vice president of clients and displays at IDC.

Specific reasons of the evolution from desktop to laptop:

In most areas both professionally and at home. Mainly, the transition is due to a constant drop in price rapid technical improvements. The swift evolution effect to replace desktops. In addition, an extension of the WAN technology, and its effects are destined to replace desktops.

Price: While laptops are still more expensive than desktops for the same power/capacity, the gap is constantly narrowing. In 2000 you could expect to pay almost double for a laptop comparable to average desktop priced around $1,000. In 2008, you can expect a $300 to $500 difference depending on brands. Entry-level laptops start in the $300 range while the mid-range is situated around $700 to above. Laptops Are Taking Over Desktops sentence is mainly depends on its past and present situation in the digital era.

Power: In the early 2000s, any heavy database user or serious gamer would always pick a desktop over a laptop. This barrier has come down drastically.

The same applies to gamers where only the most demanding games need to be run on the most advanced desktop. For average use, the desktop no longer has any specific advantages.

WiFi/Hotspots: The explosion of Wi-Fi/hotspots is a decisive factor that helps explain the migration to laptops. Airports, hotels, trains, restaurants, coffee shops… are among the location where you can actually go online at a very comfortable speed. You can even use such tools as Skype with a wireless laptop and have video conferences anywhere you have WiFi access. Indeed more and more people go on vacation with their laptops and most hotels including the cheaper ones are now offering free Wi-Fi as a commodity, not a luxury.